Prayer for the Physical Body 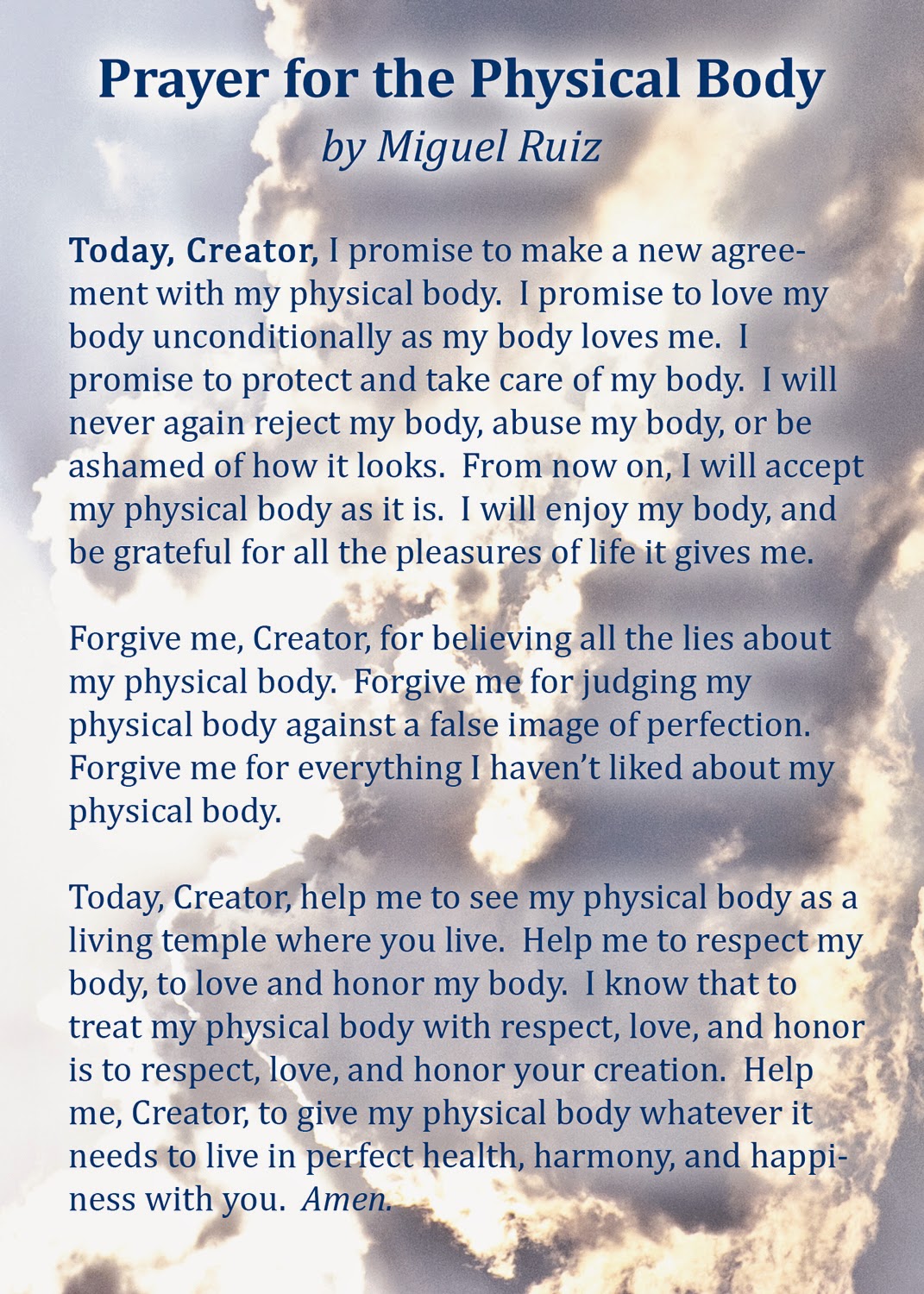 I have come a long long long way on my path to health and wellness. I thank Maria Miller for bringing this beautiful prayer to one of our weekly meetings, where we share in JOY of becoming who we are meant to be through! I have thought about how hard I worked to [learn to] love the me that was struggling with who I had become physically. It brings tears to my eyes when I think of how much I hated myself. I hated something that I didn't understand. I hated the confusion of who I was. I hated the magnificent creation of this human's existence. I was and will always be the symbol of my parents LOVE for one another - how could I have hated that... really, how?
I'm walking this walk EVERY day now. I reach out EVERY day to help the next person who feels or has felt this way about themselves. I find it interesting that the thing I hated most about myself is now the CENTER of my Life! Very funny God!
I have always loved the saying, "if you wanna make God laugh... tell her your plans!"
Well... God must be laughing at me pretty good over the last year or so. I am completely GRATEFUL for this program. I am so grateful to those here in Nashville who brought it here, I am so grateful for the creators of this plan of health & wellness, I am so grateful for the love and support of my husband Tim Rumsey, who loved me EVERY step of the way, no matter what!
So here's to the rest of my life in LOVING me! Every day in every way!
And so it IS!
If you are struggling - let me take you by the hand and show you a way to loving yourself, and your life!
at 8:45 PM No comments:

I set a GOAL this year to begin eating 2 POUNDS of veggies a day! That's a BIG Goal for this lady, as veggies have never been my favorite. The only veggies I would eat, were in a basic salad (Lettuce, Tomato, Avocado, Onion - with oil/vinegar).
As I go further into the SUCCESS of this program, and expand me food horizons. I am discovering CRUCIFEROUS veggies for my salads. 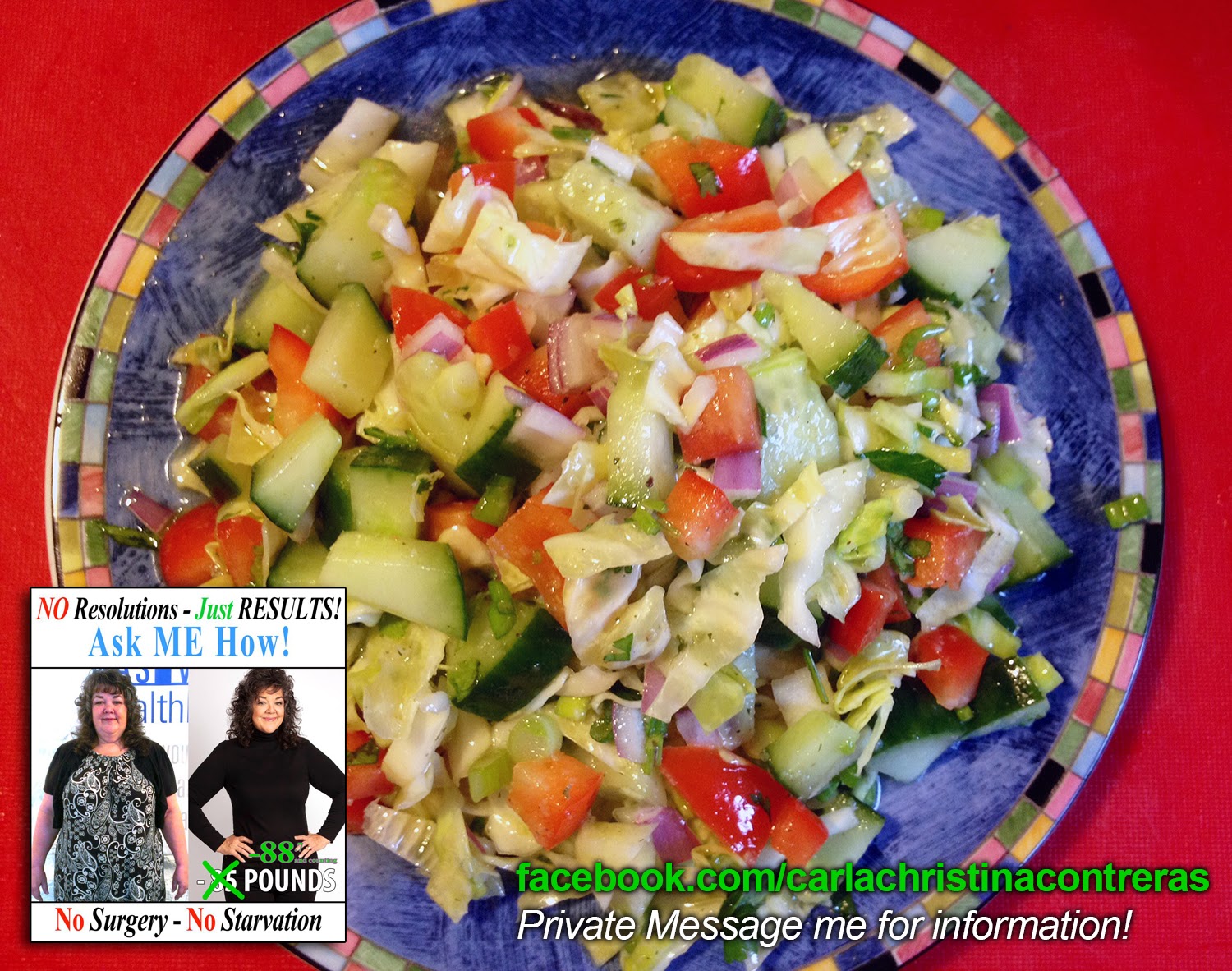 The contents of this salad: English Cucumber, Red Pepper, Red Onion, Green Onion, Cilantro, and Cabbage. The dressing is Olive Oil with my home steeped Vinegar (Cilantro, Oregano, Garlic, Whole Dried Cayenne Pepper). To go along with this meal - I'm reluctant to post my lunch today because it isn't PERFECT on plan. But I think it's important to show some of the meals I've been SUCCESSFUL on the plan [actually] eating.
WHOLE FOODs is my favorite place to eat other than my own kitchen. And over the past year and a half, I have frequented the hot bar where the wings reside at Whole Foods. There was a chicken dish that I loved - Fennel & Lavendar Chicken. I make it a practice to take a picture of the ingredients card at Whole Foods when I love something, then I go home and recreate it. These wings are my version of the Fennel & Lavendar chicken. 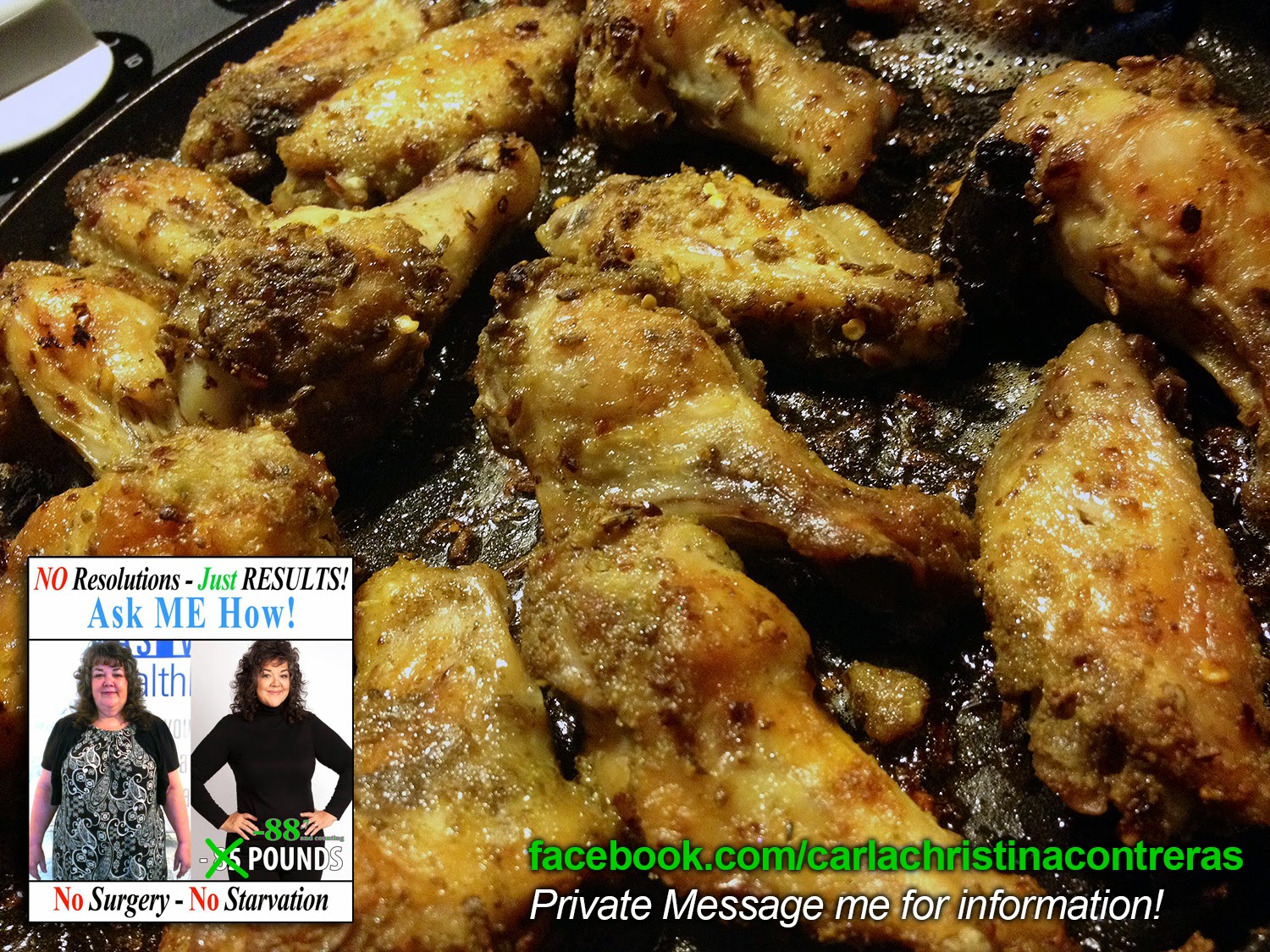 If you've been following my story. I'm just about to hit my 1st GOAL of -92 pounds. I now help others reach their weight/health goals through the program I am using. It helps me to be ACCOUNTABLE, as well as brings me in a part-time income that is starting to get nicely sizable. I did this for my own health first, then decided I wanted to SERVE others in this manner. I hold coaching sessions EVERY Monday night, and have program members attend from all around the country. You don't have to live here in Nashville to be successful on this plan, you just have to be READY!
I'm here to help you learn the fundamentals of how to feed your body correctly for it's highest potential. I haven't felt this good in 30 years!
Come JOIN me!  Contact info: facebook.com/carlachristinacontreras, clinttheblackcat@gmail.com or 615-473-3465
at 5:03 PM No comments: 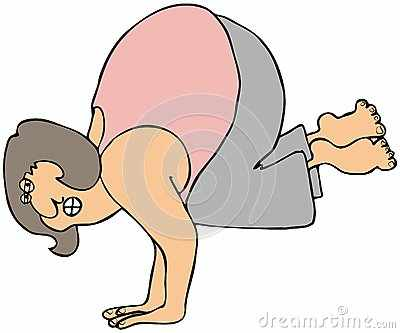 Oh the life of a middle-aged actor!

Today I auditioned for a national commercial for TANZEUM DIABETES MEDICATION.

Here's what I had to do:
- We are looking for an Hispanic Woman (50's) who actually practices yoga. The director is an avid yoga enthusiast, so we'll know if you're faking. Please don't!
- Talent should generally be 25-100 pounds overweight.

It's been a few moons since I was in India practicing yoga, and I had gained so much weight prior to my recent -84 pound weight-release this past year... So I engaged a woman from church who teaches yoga.  She is 74 years old and was the first of two instructors here in Nashville, TN.

I had recently taken a class with another instructor.  It was 'chair yoga'... and boy did it kick my butt!

Last night as I was reviewing the Warrior I and Warrior II positions, my body began to remember what it used to do!  That is a WIN for sure!

Cross your fingers, [that] I am this YOGA WOMAN, and you will see me on your TV and in Print very soon!  Heck Yeah!

Another positive outcome to RELEASING -84 pounds!  Can I help you do the same?
at 11:39 AM No comments:

"Trying to predict the future is a discouraging hazardous occupation.  The only thing we can be sure of about the future is that it will be absolutely fantastic."
~Arthur C. Clarke, 1964 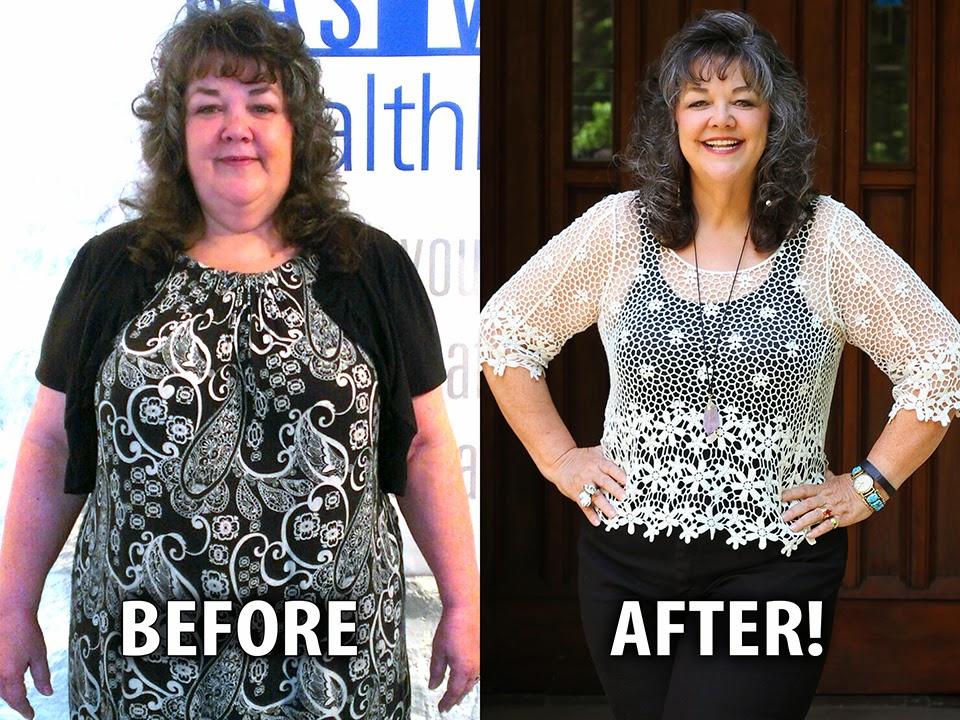