I took several days off because my husband was home for the holidays... MISTAKE! I had shown all the videos to my husband, he didn't know what I was doing, I had told him about it, but he said he didn't think I was really going to do it... HA!

So, today was the first day back since before Christmas and I am telling you THIS WAS HARD!!! But I did it, and I am proud of ME! I tried some DIFFERENT exercises today so that I don't get bored with the same games/exercises on the Wii. I'm telling you, if you have a Wii, and you've never done the Sports edition... you need to give it a try, it IS Amazing!

Here's my video entry for today from right afterward:

Email ThisBlogThis!Share to TwitterShare to FacebookShare to Pinterest
Labels: 50 Plus, Exercise, health and wellness for 50+, plus size, starting over

Abundance, prosperity, standing one’s ground and protection of resources are just part of what Buffalo represents on an energy level. In Ted Andrews book Animal Speak he says in reference to Buffalo that “The Lord helps those who help themselves” and that the Lakota Sioux believed that right action combined with right prayer resulted in the manifestation of all that is wanted or needed. How many times has anyone heard that someone wants something, be it money, a new relationship, a new job, etc. and yet the person wants someone else to do it all for them! When Buffalo appears to us, it is at this time that we ourselves need to take action on our own behalf and then and only then can we provide a channel for the manifestation to flow through to us from the Universe.
at 5:36 PM No comments:

From the upper deck of our home on Christmas Eve 2010 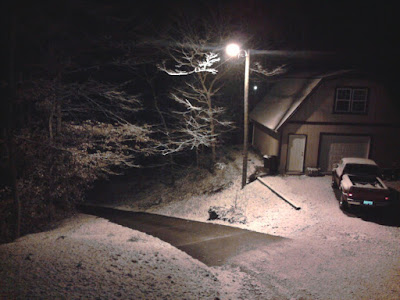 I just read that since 1884 when records were beginning to be kept about the weather... here is more from the National Weather Service... kinda cool... pun intended:

Since the winter of 1884 and 1885, when snowfall records began in Nashville, snow has fallen 23 times on Christmas Day. Only 9 have been a measurable amount. A measurable amount is one tenth of an inch or more.

The last time snow fell on Christmas was in 2002 when a trace occurred.

The warmest Christmas on record occurred in 1982, and the coldest was in 1983.

The wettest Christmas on record was in 1987 when 2.37 inches of rain fell.

Christmas 1984, at 1150PM, a tornado cut a million dollar damage path from the Whispering Hills section of Nashville to near Una.
at 10:04 PM No comments:

Starting a new exercise regime during the holiday season is probably one of the best ideas I've had in a long time... and I come up with a lot of unimplemented ideas all the time that are pretty good. [Smile]

Anyway, I slept until after noon today... cause I NEEDED it! Got up and didn't feel like exercising AT ALL, but I did it anyway - and, I exercised LONGER than any other day so far... hmmmmm, wonder why?

I'm learning more and more about myself and my body... this is good. I am starting to integrate MIND - BODY - SPIRIT again.

Also, I need to tell you (the imaginary you) that I started working the new Marianne Williamson book on CD called, "A Course in Weight Loss." I'll let you know more when I can... the first lesson really had me deep in thought over why I keep holding on to this weight... it is NOT about food, that is for sure...

Hmmmmm... where do I begin... I stayed up WAY too late last night working in my office getting ready for a client to arrive late morning. Thank goodness the client called and gave me an extra hour, so I ate, and did step and ski jumping on my Wii. I had every intention of going back to the Wii later to finish my workout, but it didn't happen... :o(


I feel a little guilty... but there is nothing I can do at this point...

Had to get all my last minute Christmas presents ready to go so I could get them to the post office on time to make it around the country by Friday. DONE!
at 11:41 PM No comments:

I was feeling a little weak today, but wanted to keep working out. I know that sometimes you MUST rest the body, but since I am just getting started, this is not the time to rest. Besides, I am too afraid of falling of the workout wagon. 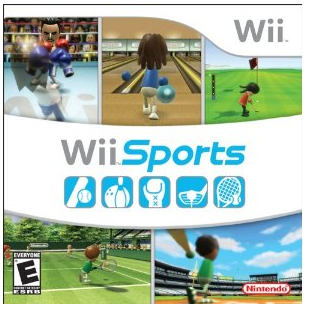 I used my Wii Sports today, and found the bicycling exercise... OMG is all I can say... I had to cycle/walk through 13 places in the exercise, and then find the finish arch... It took me quite a bit of time, and it TRULY worked me out more than I wanted initially... but when I was done with it, I felt so good, so proud of myself!

O.K.! Today I added a new 10 minute workout with my Wii. Ten minutes my ass... It turned into almost an hour... it kicked my butt... but mostly killed my knees. I truly felt like I had a fulfilling workout... 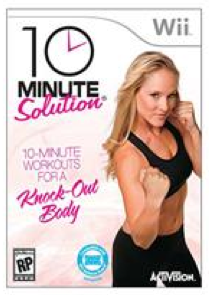 Here's my video check in:


Keep those prayers and letters coming in!
at 9:33 PM No comments:

And now for something a little different. I haven't been writing in awhile since FACEBOOK took over my social time... so I apologize if there was anyone reading my blog.... not so sure there is...

I'm embarking on changing my life for the good... for the better... for the best. I have recently (the past 5 years) gained quite a bit of weight... and I'm not very comfortable at all... It has taken me months to figure out how to get myself feeling better... motivated... proud of myself... so here we go.

Today is the first day of my personal journey to better health. Each day I will embark on doing something healthy for myself, for my body, my mind, my spirit. AND, I will back it up with a video entry as follows:

This is my way of being accountable with MYSELF. I can't live this way ANY MORE... My body hurts. Soooo, if you are reading this... say a little prayer, do a little dance, send some positive vibes my way. Cause I plan to really make a change for the better!
at 9:22 PM No comments: