So I was thinking... what can I possibly do with my Mammoth Caves photographs??? I'll be surprised if anyone ever asks me... "Do you have any Cave photos?" I hardly doubt that will happen...

I was asked to submit some photos from the shoot by the camera club I went on the photo field trip with for our meeting in February - can you believe next week is FEBRUARY!!!

All the photographs look EXTREMELY better larger... CLICK on any of the photos to see a larger version!

The photo below was created by another photographer "painting" light on the wall with a flashlight, while I held the shutter open for a very long time - kinda cool,huh? 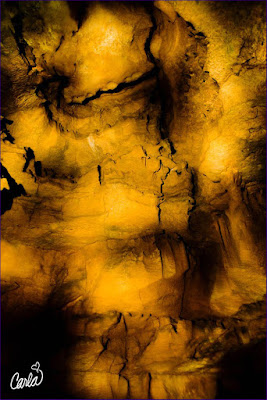 This photograph was created with my 14mm fish-eye lens. I pointed the camera up to the ceiling and opened the shutter for about a minute. When I opened the photograph in PhotoShop I brought up the exposure first; this brought in all these colors of red and purple. Then I went into curves and added more purple and red. I also enhanced with hue and saturation. Weird but cool! 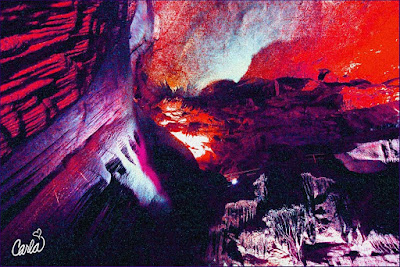 The next shot I thought was pretty much a piece of crap... but when I brought up the exposure, all these colors started to appear. I believe the colors appeared because of all the flash photography that was happening while my shutter was WIDE open. I did not use ANY flash on any of my photographs - I grabbed the light from what was available inside the cave only. You can see the railing up at the top of the photograph, and the stairway at the bottom. 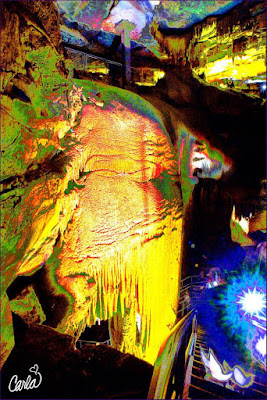 The last shot is pretty similar to the others previously posted, however, there was so much more detail on the walls of new stalagtites creating themselves... 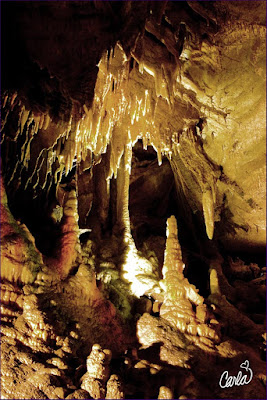 The deadline is almost here!!!

I've been stressing over a TRADEMARK deadline for Clint the Black Cat™! I've literally missed doing many things over the stress of having this done. Tomorrow is the deadline... then life gets back to being stressful in a "normal" way... being that STRESS is normal? 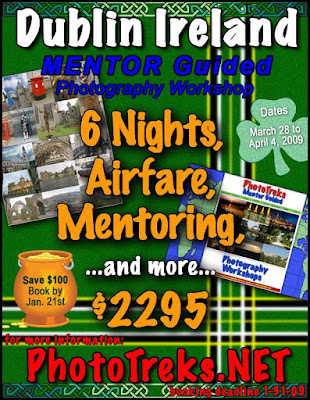 PhotoTreks is traveling to Dublin, Ireland for excellent photography and a little Luck-of-the-Irish! Travel dates - March 28th to April 4th – no foolin’!

Did you get a new camera for Christmas!? Bring it with you on the next PhotoTreks Photo Mentoring Guided Tour! Travel with two highly creative and technically knowledgeable mentors to Dublin, Ireland – shoot all day – present each evening with the group – compare and learn! Expand your stock photography library! Advance your skills by learning from the pros one-on-one!

For more information and all the details – http://www.phototreks.net
at 1:02 AM No comments:

On a COLD, WET day in southern Kentucky the adventure began... 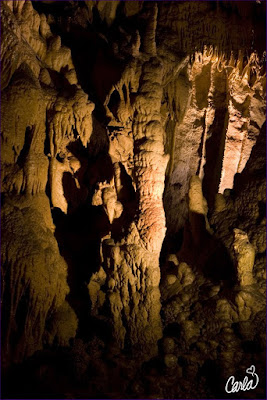 So I'm wondering if a root canal would have been as difficult as the photo field trip was today? The verdict is still in deliberation in my mind... I spent the late afternoon in Kentucky at the Mammoth Caves. My camera club was granted special permission to go in and take our cameras and tripods to create some photos. There were about forty of us... and the space to take "interesting" photos [without railing, or people] was limited. And I carried way too much equipment - how was I to know...? I'm not that terribly crazy about anything I came home with, but I will tell you [my one reader] that it was an education... an education indeed. 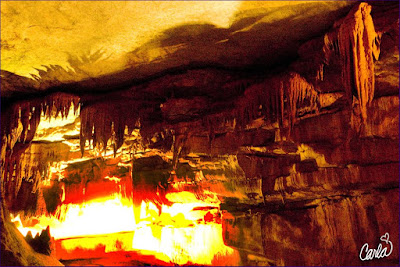 Imagine a middle aged [voluptuous] woman having a perpetual "hot flash" for ninety minutes... her tripod gets kicked three times during a long exposure - by the same person ;-(, and she only gets five minutes in the prime location for shooting pictures...then she walks out in 33 degrees weather...dripping wet... you guessed it... NOT PRETTY...

No really, I'm glad I went... I'm grateful for the opportunity...

Here's another of the shots - always click to see a bigger version - ENJOY! 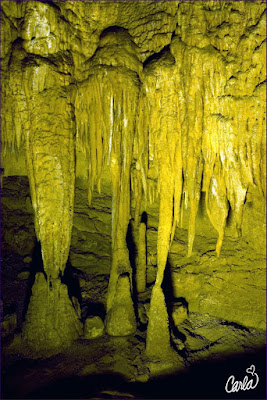 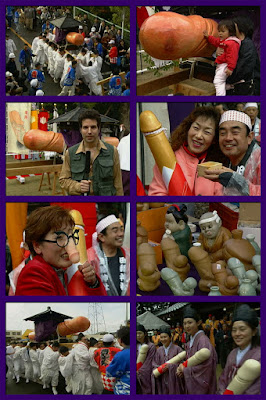 Incase you are curious:
Where: Tagata shrine, Komaki, Aichi Prefecture 45 minutes North of Nagoya
When: March 15th
What's it about: Praying for a good harvest, celebrating birth and life. And running wild with a big cock.
Joining in: FREE. Touch the tip of a 24 inch phallus for a healthy baby. Rice-cake catching and free sake drinking.
at 9:54 AM No comments: